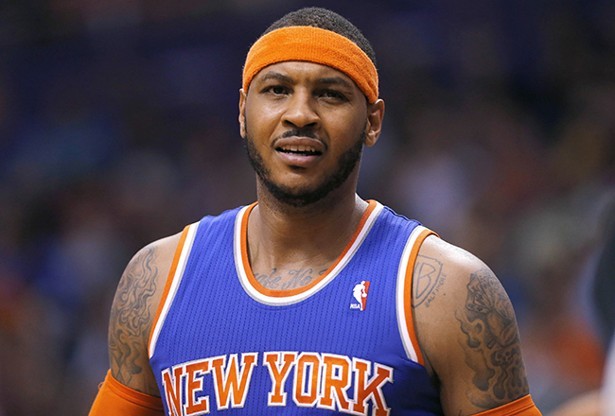 The forward is one of the most prolific scorers in the NBA. Drafted by the Denver Nuggets in 2003, he
was traded to the New York Knicks in 2011.
Carmelo Anthony was born in Brooklyn, New York, in 1984. Raised in Baltimore, Anthony became the No. 1 high school player in the country.

In a talent-heavy draft that featured LeBron James and Dwyane Wade, Carmelo Anthony, nicknamed “Melo,” was selected third overall by the Denver Nuggets. There was little transition period for the young player.
During his 2003-04 rookie season, the 19-year-old Anthony was named to the All-Rookie team, averaging 21 points and six rebounds per game.
In the middle of the 2011 season, Denver shipped Anthony to the New York Knicks in a three-team megatrade.

In addition to his NBA credentials, Anthony was a key member of both the 2008 and 2012 gold-medal-winning Olympic men’s basketball teams.